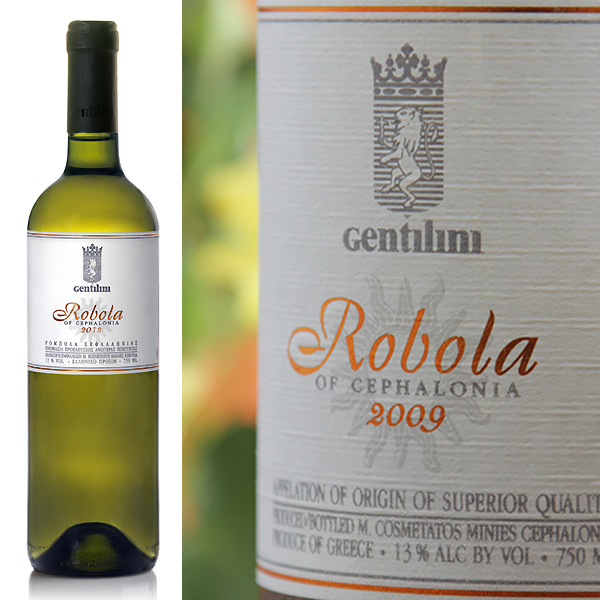 Personality: A fresh, vivacious, crisp white wine, which expresses all the mineral and citrus characteristics of this unique variety. Complex, balanced and dry, with an orange blossom nose and long finish.Quantities are limited to 30,000 bottles each year.

Harmony: This wine is a perfect partner for seafood and oysters.

Gentilini was the family name of Spiro Nicholas Kosmetatos’ paternal grandmother, Marianna, the last of a long noble lineage. Marino Gentilini, an Italian army engineer, was commissioned by the Venetian Senate in 1593 to build the extensive Assos fortifications on Kefalonia. He eventually married and settled here, and his name was inscribed in the Libro d’Oro of noble families.

In 1929, Gerassimo Cambitzi opened one of England’s first wineries, Isleworth Wineries, a little outside London. Thirty-five years later his grandson, Spiro-Nicholas Kosmetatos, planted his first vineyard of local and classic white grape varieties on Kefalonia. Having studied the latest techniques to identify the processes best suited to the climate, soil and varieties of the area, the first commercial vintage of Gentilini was released in 1984, simultaneously in Athens and London. At the time he was a pioneer in fine wine making in Greece and paved the way for other boutique wineries that followed.