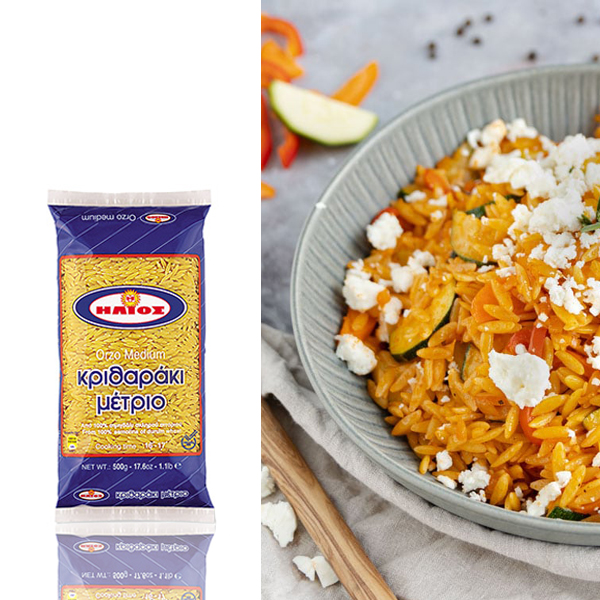 Kritharaki (Greek version of Italian Orzo) is a tiny pasta shape similar in size to a grain of rice. It is considered a traditional type of Greek pasta and widely enjoyed as a classic meal at home.

The ‘HELIOS’ Pasta Industry was founded in 1932 in Elefsis and in 1934 moved to a privately owned factory in the centre of Athens. The first pasta the company made was called ‘SANTÉ’. After the end of the Second World War, the pasta ‘HELIOS’ that we know today was launched on the market. All over the years consumers not only in Greece but also in the rest of the world, have recognized the special taste and steady quality of ‘HELIOS’ pasta for which it has received international awards.