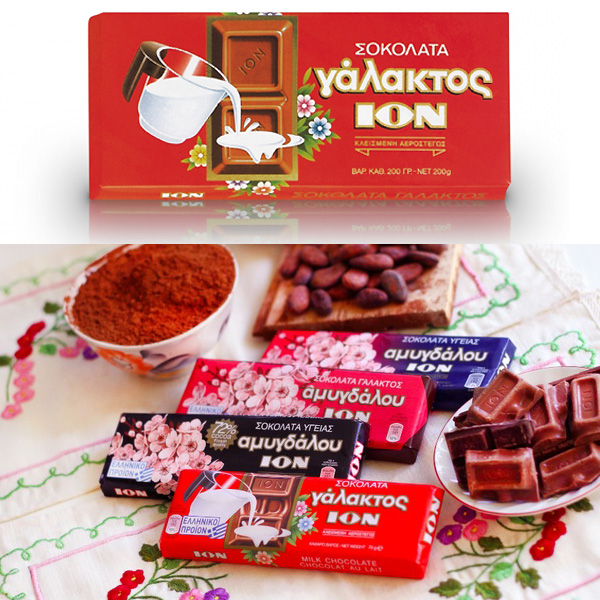 Another successful product and long standing brand from ION. The Galaktos chocolate (milk chocolate) is particularly enjoyed by younger consumers and children, maintaining high quality chocolate rich in milk, which provides a rich source of energy and further nutritional benefits.

ION’s factory for the production of chocolate was founded at Piraeus Str., New Faliro (1930). ΙΟΝ S.A. was named after the ancient Greek name “ion”, which stands for the aromatic flower violet. The company was the first to introduce in the Greek market a milk chocolate with almonds, which has become the most popular chocolate bar in Greece. ION was one of the first food companies in Greece to use, in considerable scale, advertising – first printed in magazines and newspapers and later on, with the expansion of television, TV commercials.

In 2013 ION goes into redesigning its website implementing new technology, as well as new and modern design, satisfying the needs of its fans. In the brand new website, users have the opportunity to be informed about the long history of the company through all its years of presence in the Greek market, as well as to get acquainted with all its new products.