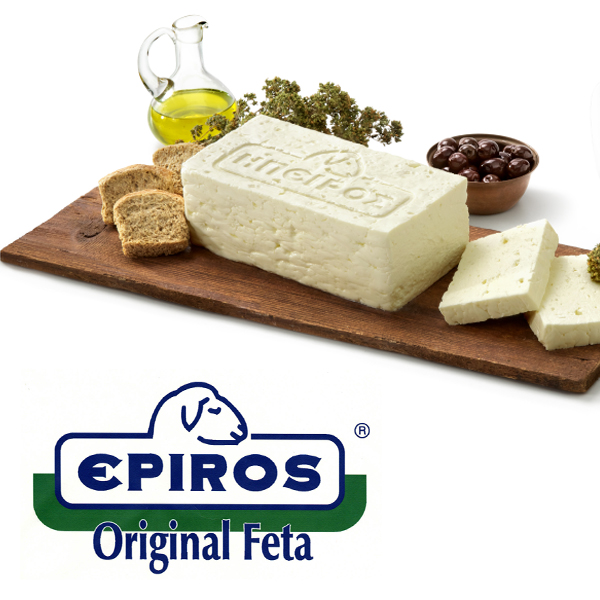 EPIROS Feta is rich in nutritional ingredients and is distinguished by its characteristic flavor. White and aromatic, it can be eaten on its own with a piece of bread and a drizzle of olive-oil, used in a Greek salad, cooked in a variety of recipes or simply accompany several dishes.

Its unchanging characteristics such as the discreet aroma of the milk and the compact texture and fresh taste of the cheese, give EPIROS Feta its unique personality. This Feta is easy to love. It has won a total of ten (10) awards and distinctions in several European competitions and festivals since 2007, which mean it’s the most awarded feta cheese in the world!

In these competitions cheeses are evaluated on their appearance, taste, after-taste and aroma, either in a specific category or overall. The awards EPIRUS Feta has received are the following: