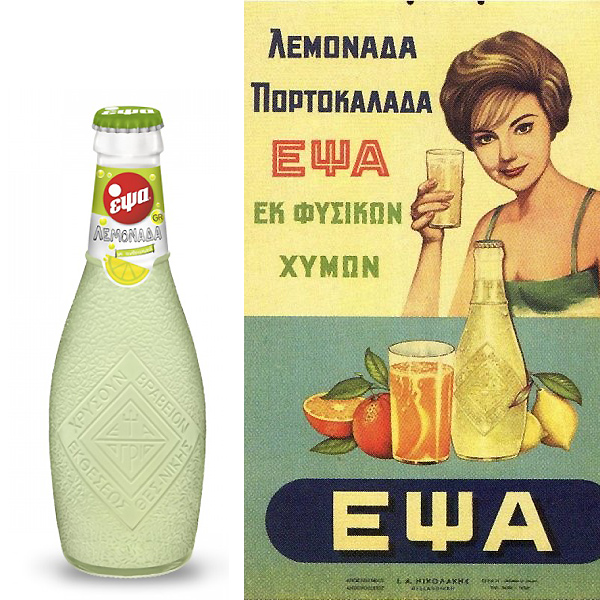 The history of EPSA dates back to 1924, an era of lemon surplus in the agricultural area of Pelion. At that time, brothers Kosmadopoulos were working as bankers, but inspired by the rapidly increasing numbers of refreshment drinks shops and sales of traditional lemonade drinks by door-to-door hucksters, they both decided to build up their own refreshment drinks production unit.

A German chemical engineer, named Otto, was invited to contribute to the production of lemonade. The popular EPSA secret recipe was born during that time and it currently remains identical to that of past years. Thus, the Agria’s Refrigerator Company, later EPSA, changed its venture field from food preservation and ice production (the ice production company operated up to 1969) to refreshment drinks production. At the same time, the company was also the major distributor of power supply for the whole area.